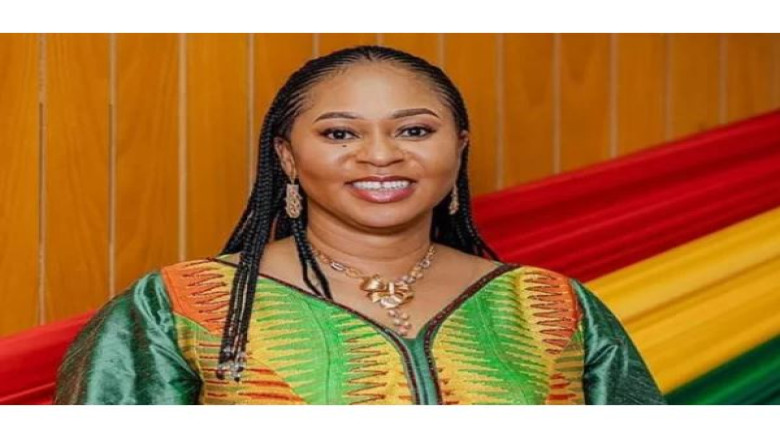 The Member of Parliament Dome Kwabenya, Sarah Adwoa Safo has pledged her renewed commitment to the New Patriotic Party (NPP) and the government of Nana Addo Dankwa Akufo-Addo.

Speaking at a meeting with the leadership of the NPP at the party headquarters, Madam Adwoa Safo said her absence from Parliament in 2022 was not deliberate.

Adwoa Safo was the subject of many media discussions last year following her long absence from the House and the Ministry of Gender and Social Protection.

The former Deputy Majority Leader requested for leave of absence in 2021 to attend to personal issues but in a statement dated Wednesday, October 6, 2021, signed and issued by the Director of Communications at the Presidency, Mr. Eugene Arhin, it was explained that Adwoa Safo’s leave was to have ended August 31, 2021, but was further extended indefinitely.

Efforts by Parliament’s Privileges Committee to get the legislator to give reasons for her continued absence from the House failed to yield any positive results.

The committee had failed to achieve a consensus in its recommendations on whether absenting herself for more than the mandatory 15 days without permission warranted her seat being declared vacant.

President Akufo-Addo subsequently relieved her of responsibilities as Minister of Gender, Children, and Social Protection.

Upon her return from the United States, she expressed her desire to remain in Parliament and represent her constituents.