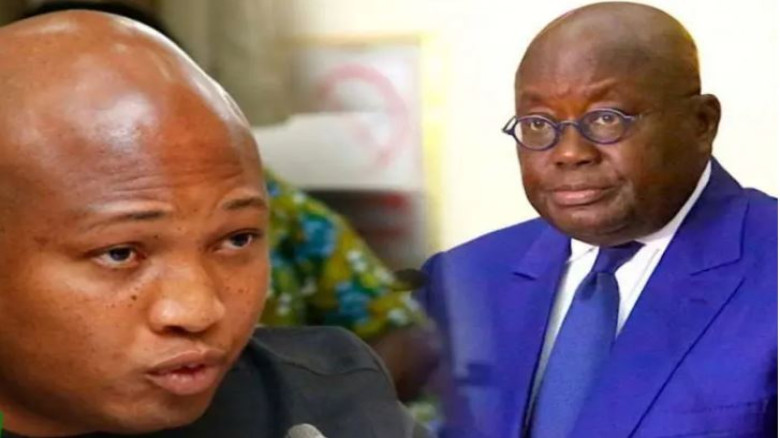 Independence Day: Don’t blow another GHC10.4 million like you did in 2022 – Ablakwa to Gov’t

Member of Parliament (MP) for North Tongu Samuel Okudzeto Ablakwa has appealed to the Akufo-Addo-led Government to be economical and modest in this year’s Independence Day celebrations given the precarious economic situation of the country.
Mr Okudzeto Ablakwa urged the Government to not repeat the huge amount – GH₵10.4 million – it spent on the day’s celebrations last year when the day was commemorated in Cape Coast, Central Region.
“It gets to the turn of the Volta Region to host Independence Day; I sincerely hope that considering current debilitating economic conditions, the Akufo-Addo/Bawumia/Ofori-Atta government would avoid spending the staggering GH₵10.4million (specifically GH₵10,498,084.00) spent on our 65th in Cape Coast.
Even if government is of the view that these commemorations should go ahead in this precarious period, extreme modesty and frugality must be the watchwords,” he appealed.
Independence Day celebrations have become more and more expensive over the years, attracting criticism from some quarters who find the celebrations unnecessary. But Government after Government continues to mark the day with ‘pomp and pageantry’. They argue that the day is important to remind us from whence we come from.
On March 6, 1957,Ghana gained its independence from British colonial rule after 83 years of being subjugated by the British colonial empire. Ever since Independence Day is commemorated on 6th March every year in celebration of the feat. There are usually parades of the security services and schoolchildren as well as other organised groups to mark the day.
After 83 years of British colonial rule, Ghana established itself as a free African nation on 6th March 1957.