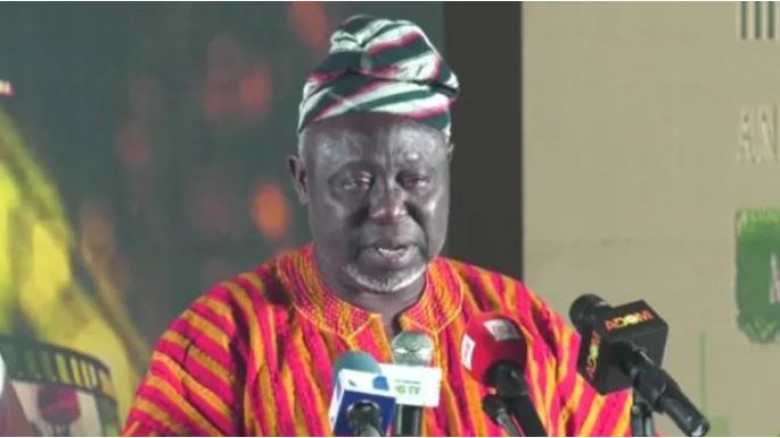 The New Patriotic Party has expressed sadness at the passing of one of its staunch members, Alhaji MND Jawula.

Alhaji MND Jawula died at the age of 74 in Nashville, United States.

In a statement signed by the General Secretary of the party, Justin Kodua Frimpong, the party expressed its heartfelt condolences to his immediate family, people of the Kpembe Traditional Area, the football community, and the rest of the nation.

It said the passing of Alhaji Jawula is “a great loss to this country and the NPP in particular.”

“The late Alhaji Jawula was a long-standing and staunch member of the NPP. He was shortlisted for the running mate of the party ahead of the 2008 General Elections, at which time, he expressed his readiness to relinquish his traditional authority in order to serve the NPP and the Republic in that capacity,” the NPP said in a statement.

He founded the Guan United, a Division One Club in Ghana, and held several other influential positions in the Real Tamale United Football Club.

“The Late traditional ruler of the Kpembe traditional area in the Savannah Region, Lepowura Alhaji Mohammed Nurudeen-Deen Jawula, also proved himself distinguished Statesman, having served in the Civil and Public Services for over thirty years.”

“He rose through the ranks and headed various directorates at the Ministries of Health, Finance, as well as Harbours and Railways,” the party added. 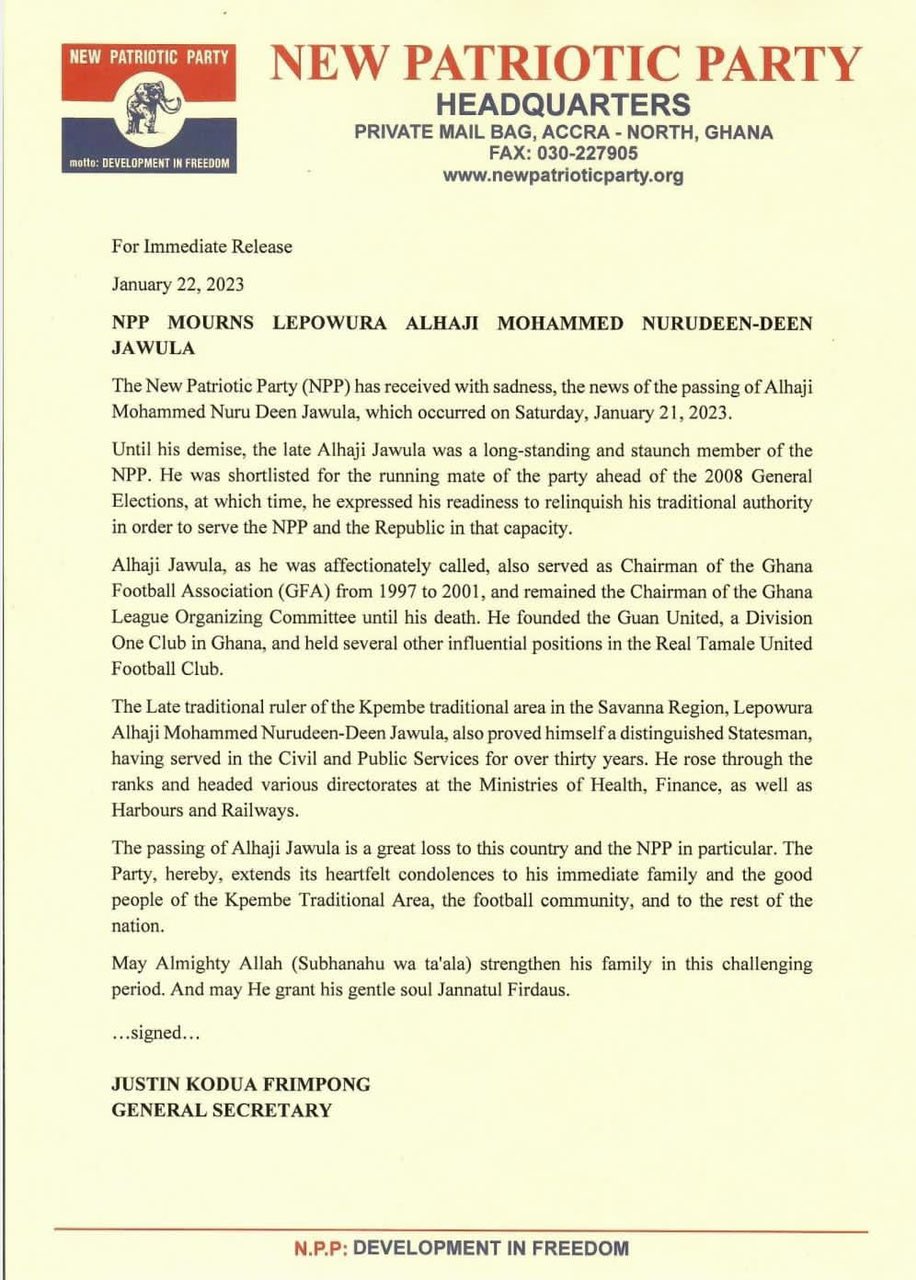