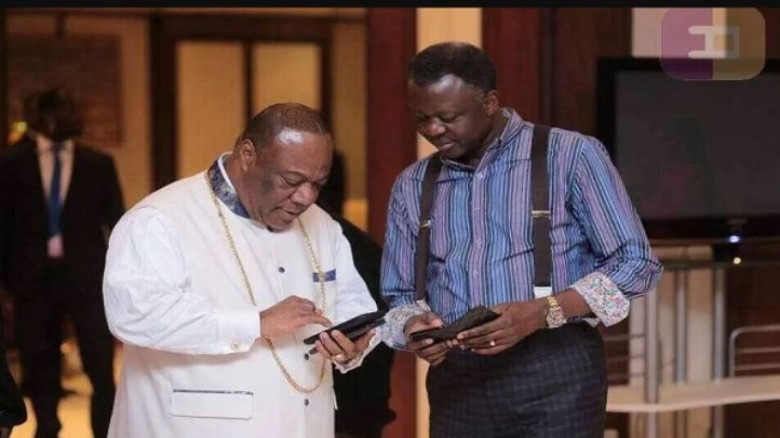 Two eminent clergymen and members of the Board of Trustees of the controversial National Cathedral project have called for its immediate suspension and audit.
The two – Archbishop Duncan Williams and Reverend Eastwood Anaba say their call is based on the controversies surrounding the project.
According to them, the suspension will pave the way for transparency and accountability to be provided to the Ghanaian people.
In a memo sent to the Board of Trustees on Monday, January 23, and sighted by MyJoyOnline.com, they called for independent audit into the expenditures of the project.
The two respected preachers said the auditor(s) must be one that is nationally recognised.
“That in the spirit and cause of transparency and accountability to the Ghanaian people, the current Board of Trustees of the National Cathedral shall appoint an independent, nationally recognised accounting firm to audit all public funds contributed to and spent by the National Cathedral.
“Auditors will also audit the overall cost of the project. This appointment of an auditor shall take place before the deferment of activities of the Board of Trustees,” excerpts of the memo said.
Meanwhile, the two Bible scholars also said the project should only continue until the economic conditions in the country is improved.
“That current activities advancing the construction of Ghana’s National Cathedral shall be deferred until the atmospherics in Ghana are improved and the audit of the Cathedral account is done,” excerpts of the memo added.
The National Cathedral Project has been one of the controversial public issues, since the project was first announced by President Akufo-Addo.
Apart from the questions of accountability which have been repeatedly raised by the Minority in Parliament, there have also been concerns about the relevance of the project, in the face of the country’s economic crisis.
Amidst the plethora of issues, founder of the LightHouse Chapel International, Bishop Dag Heward-Mills, resigned from the Cathedral’s Board of Trustee in August 2022.
In so doing, the preacher did not assign any specific reason for his departure; leaving the public to rely on their own conjectures and speculations about why the celebrated man of God left the scene.
However, after five months of his resignation, the Bishop’s justifications for exiting the Board have been revealed.
The seasoned Bible teacher noted in his resignation letter which appears to have been leaked recently that his unresolved concerns about the cost of the National Cathedral and other pertinent issues triggered his exit.
The said letter, which appears to be a leaked document was addressed by the Bishop to the Chairman of the Board of Trustees of the National Cathedral.
“I feel that the treatment of the issues I have raised in my several letters has been unfortunate. My letters have been ignored in the past; not attended to for years, and at best addressed flippantly”, Dag Heward-Mills said.
“You may recall I have spoken passionately and written extensively about the costs, the design, the location, the fundraising, the mobilization of the churches, and the role of the trustees.
“These, if heeded, would have made our project more achievable. Generally speaking, my inputs, my opinions, and my letters have been trivialized and set aside”, portions of the letter further disclosed.