Emery encouraged by 1-0 win at Newcastle

Arsenal edged past Newcastle thanks to a solitary Pierre-Emerick Aubameyang goal, but despite a far from convincing performance, it could prove to be a very important victory for the Gunners.

The Gunners kept just one clean sheet away from home all last season in the Premier League but with their 1-0 victory at Newcastle, they have matched that tally on the opening weekend of the new season.

And while Unai Emery says there is improvement to come from his side, the Arsenal boss believes they can take great confidence from the result at St James’ Park.

“We played a very solid game and controlled the game, but we can improve more because, in the first half, for example, we lost a few balls in the middle and gifted them some chances.

“The second half was quite similar but we scored and that was a very important victory for our confidence because we played with some young players to give them a chance to improve, to give them minutes with us and I think competitive action is important.”

The youngsters included by Emery were academy products Reiss Nelson and Joe Willock.

The inclusions of Nelson and Willock meant it was the first time Arsenal had named two English teenagers in their starting XI for a Premier League game for the first time since February 1998 when Paolo Vernazza and Matthew Upson featured against Crystal Palace – before either Willock or Nelson were born.

2 – Arsenal have named two English teenagers (Joe Willock and Reiss Nelson) in their starting XI for a Premier League game for the first time since February 1998 (Paolo Vernazza and Matthew Upson vs Crystal Palace), before either Willock or Nelson were born. Future. 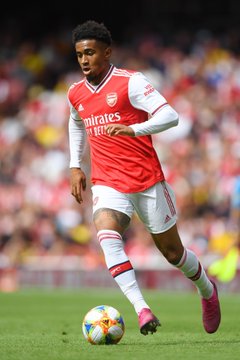 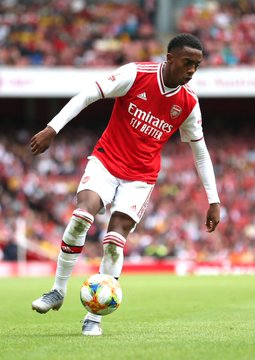 980 people are talking about this

“They deserved it from pre-season,” he said. “Matteo Guendouzi also played a very solid game in the middle.

“We need to work and play with every player. We need to give them chances and confidence but take every game seriously like we are doing.

“For us, we need to continue. We have some injuries, some players out and I want to have a big competitive squad for every match, and I think we are going to need that.”

“Nicolas Pepe came one week ago and physically he needs to get his best fitness to be ready to play 100 per cent for 90 minutes. Today, 20 minutes is good for him.”

It’s clear Emery wants plenty of options at his disposal for the new season and with Alexandre Lacazette, David Luiz, Nicolas Pepe and Gabriel Martinelli starting on the bench at Newcastle, he certainly has plenty.

Emery also has Mesut Ozil and Saed Kolasinac to return while Hector Bellerin, Rob Holding and Kieran Tierney are currently unavailable due to injury. The trio are expected to feature in Arsenal’s first-choice defence.

It’s an exciting prospect for Arsenal.

“After that we could play with one striker or with two with Lacazette. Aubameyang can play in a front three on the wing, on the right or the left, or as a striker as he did against Newcastle.

“We can control the ball and we can give 10 chances to score. We want to do that and keep the balance defensively. We want to be strong but not lose the capacity offensive game plan.”

“David Luiz did pre-season with another team and he is OK to play physically, but he only trained completely with us yesterday. On Friday, he did 30 minutes with us.”

‘We must be strong at home’

Emery’s focus has already shifted towards making the Emirates Stadium a fortress this season, starting against Burnley next Saturday.

“Last year we lost our first away game at Chelsea but we won our next few games away from home,” he added. “The team need to be serious and strong also in the balance between defence and offense.

“Ceballos is in the middle because he came before Pepe, but he got an injury and he stopped training. But he needs to know the Premier League, so today was important for him and for us.”

“The players can take that confidence to play in our style and next week we are going to play at home, where we finished with two bad results and lost our opportunity to be in the top four.

“We missed out at home where we were very, very strong. This year I want us to be strong at home and our first challenge is next week against Burnley.”