Ghana Rugby Eagles crowned by SWAG as National Team of 2018

The 44th edition of the prestigious SWAG (Sports Writers Association of Ghana) awards that celebrate excelling Ghanaian sportsmen and women was held at the Accra International Conference Centre on Saturday 11 May 2019.

Michael Arko Bahun Wilson, captain of the Ghana Rugby Eagles team that won the 2018 Rugby Africa Bronze Cup in Elmina-Ghana against Mauritius, was awarded the Male Rugby Player of the Year.

Wilson is also the President of GRUPA (Ghana Rugby Union Players Association) and a Board Member of Ghana Rugby.

The Female Rugby Player of the Year award went to Ms Rafatu Inusah, a Ghana Rugby Board Member: Women’s Representative.

Mr Herbert Mensah, President and Board Chairman of Ghana Rugby, said that he was extremely pleased with the recognition given to the Ghana Eagles by SWAG.

“We are a young Rugby Union that has left no stone unturned to fly the Ghana flag high since my Administration and I took over the reign on 5 June 2014 and this acknowledgement of our efforts and achievements is not only fitting but it is also highly appreciated,” Mensah said.

Ghana Rugby is the official full member of both World Rugby (2017) and Rugby Africa in Ghana-West Africa and is responsible for the management and development of the Game Rugby Union in the country.

According to Mensah Ghana Rugby is a young yet dynamic full member of World Rugby and Rugby Africa that managed to achieve the following in fewer than four years:

The rugby Union’s youth development programme is underpinned by the World Rugby “Get Into Rugby” Programme and is built on the values of Rugby: Integrity, Passion, Solidarity, Discipline and Respect.

In the interest of the development of the Game of Rugby Union in West Africa Ghana and the Ivory Coast played a friendly international match in Elmina-Ghana earlier the day where the Ghana Eagles were narrowly beaten (22 to 23) by the erstwhile Rugby World Cup participants.

Mensah said that he and various Rugby Presidents in West Africa have been discussing plans to take charge of the development of Rugby in the Region through a structured competition framework that will include national teams and clubs, both male and female, in the fifteens and Sevens formats of the Game. 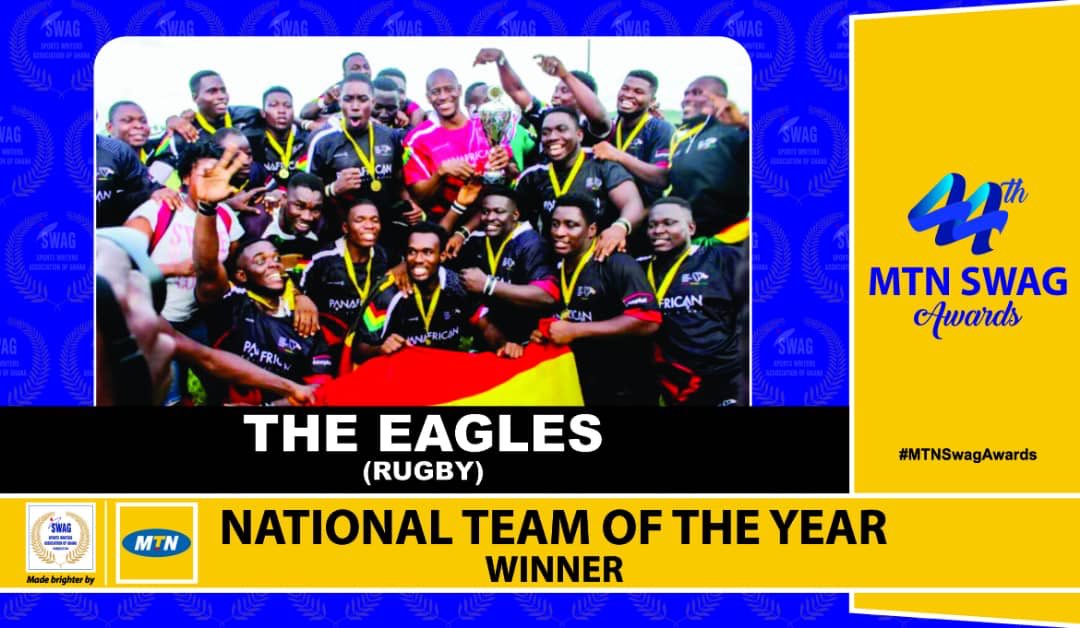 The Ghana Rugby Eagles were crowned National Team of 2018 in the 44th edition of the prestigious SWAG (Sports Writers Association of Ghana) awards that celebrate excelling Ghanaian sportsmen and women was held at the Accra International Conference Centre on Saturday 11 May 2019. 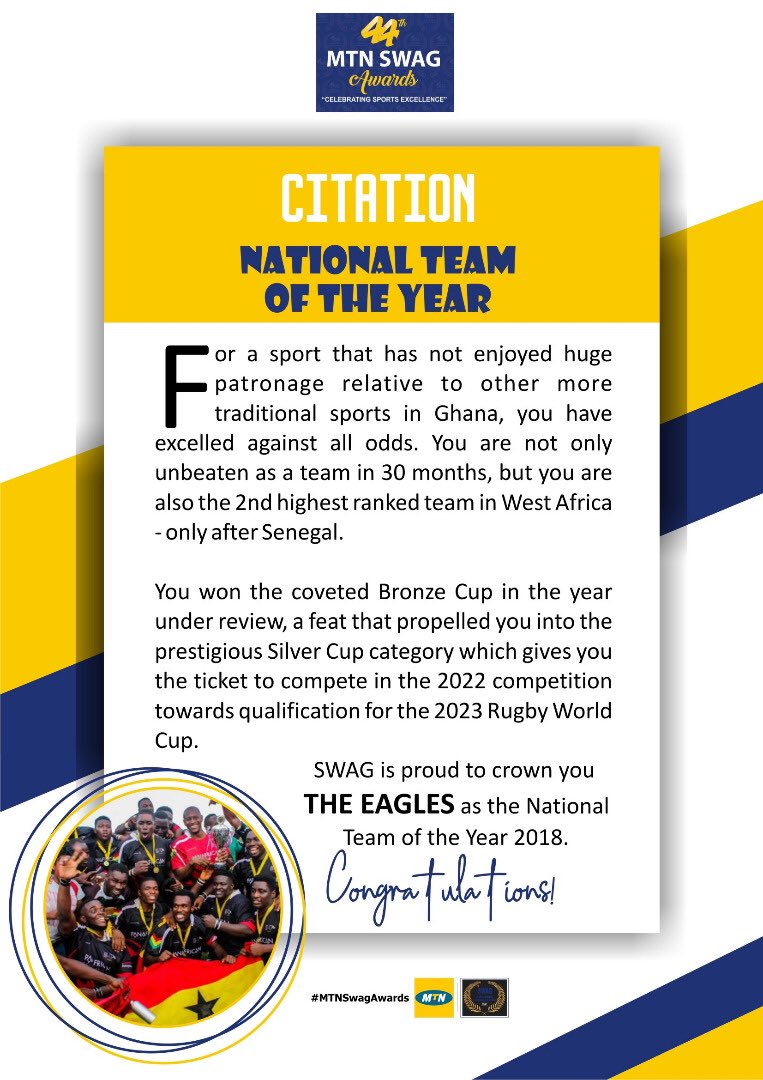 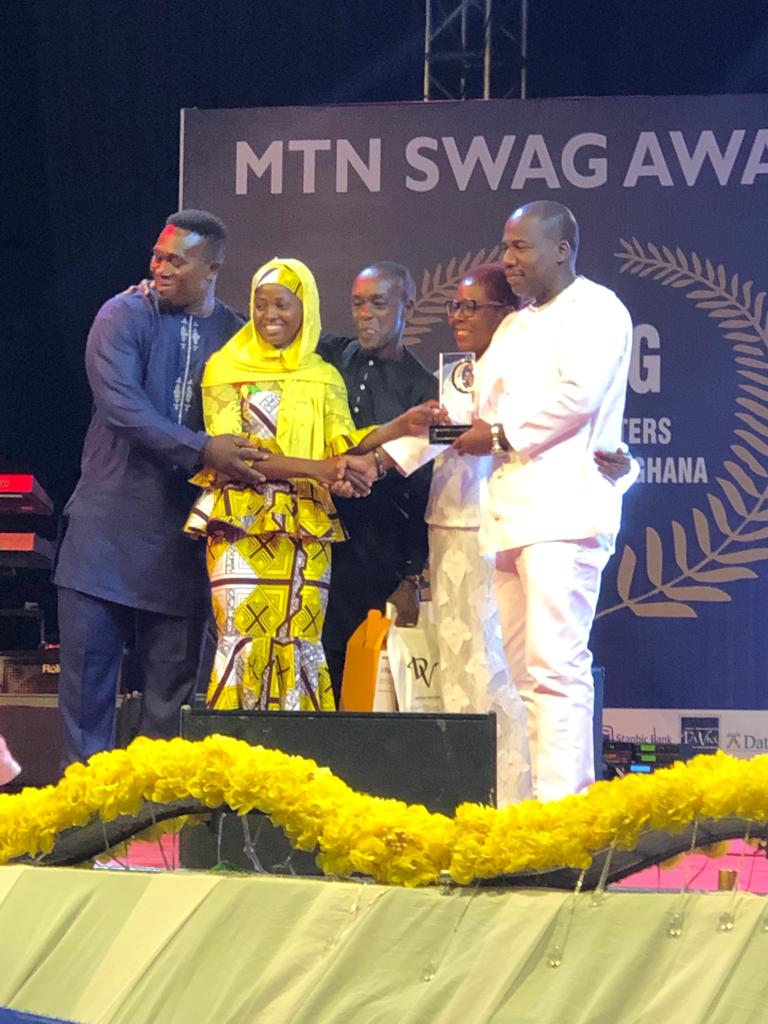 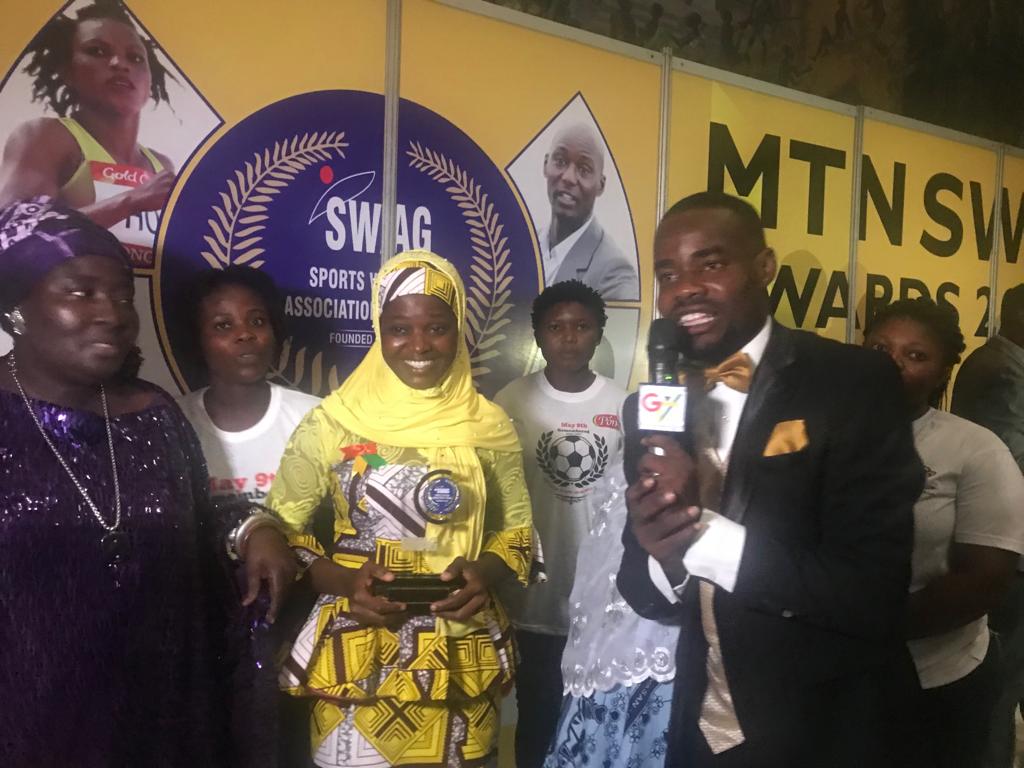 The Female Rugby Player of the Year award went to Ms Rafatu Inusah, a Ghana Rugby Board Member: Women’s Representative.

I was nervous during GFA debate – Amanda Clinton

Politicians should stay away from football – Takyi Arhin