Jon Benjamin shared yet another Religious thought on Sunday. This time, he called it the Simpson’s Sunday.

On one half of what he shared were these words: It’s amazing how God can do anything.” And in response, “Except appear!”

Think with me for a moment.

If God can do anything, why would there be an exception? The use of the word ‘anything’ means there’s no limit to what he can do. But from the response there is. That is, God can’t appear. The truth is he can. In fact, he appeared some two thousand years ago and Christians believe he will appear again. 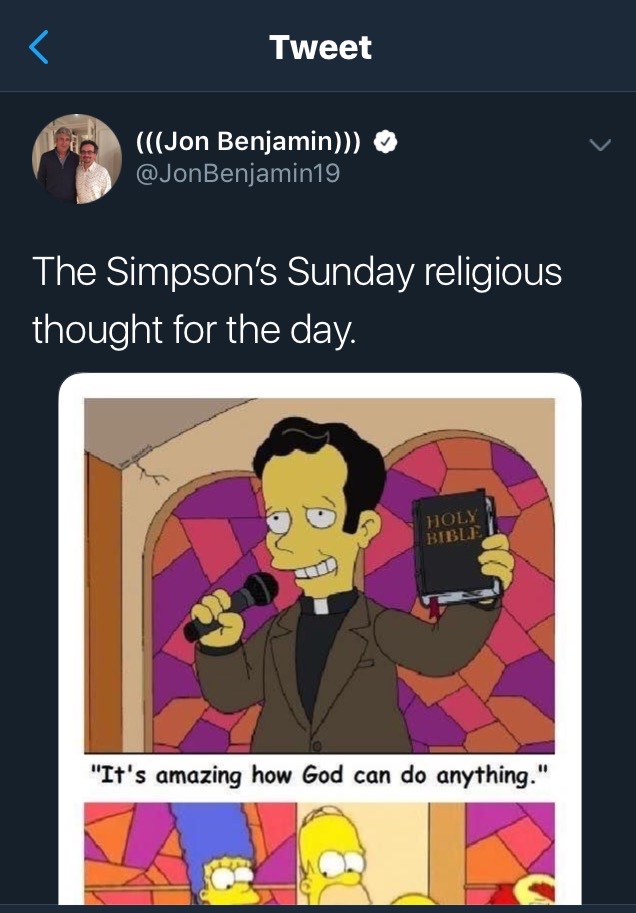 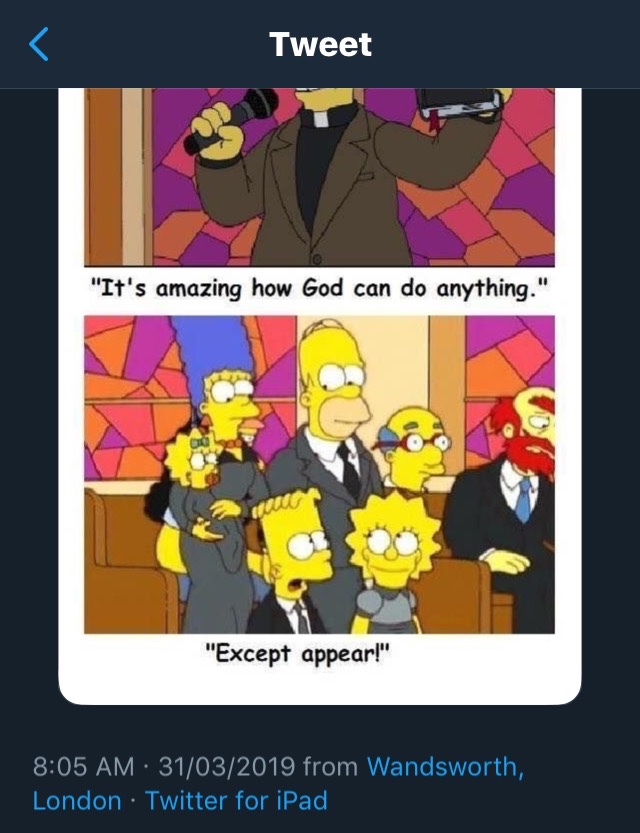 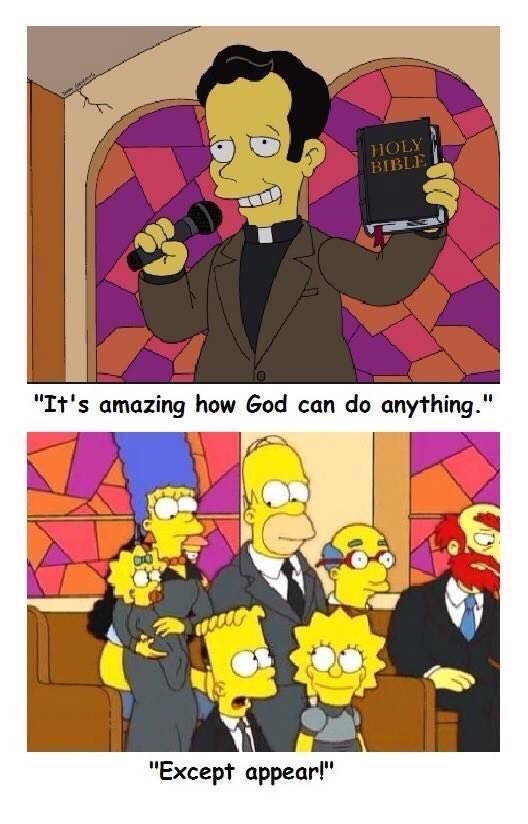 I pray and read Bible to curtail my libido – Joe Mettle

Will actor Idris Elba, Stonebwoy, Mr Eazi and others be on Sarkodie’s new ‘Black Love’ album?