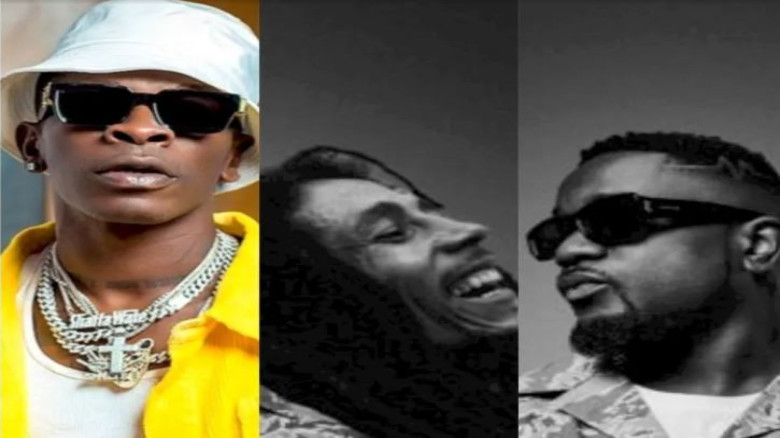 Dancehall king Shatta Wale has trolled colleague Sarkodie after the latter landed what was supposed to be a historic collaboration with reggae legend Bob Marley.

Shatta Wale, in his typical mocking fashion, rubbished Sarkodie’s achievement, claiming Bob Marley is nothing but a ghost.

On Thursday, it was announced that Ghanaian rap superstar Sarkodie had landed a feature with Bob Marley.

The late legend’s team announced that Sarkodie has dropped a verse on a remake of Bob Marley and the Wailers’ track ‘Stir It Up’.

“New version of “Stir It Up” coming FRIDAY ft. Ghanaian

Whilst Sarkodie has been praised by many online for landing a prestigious feature, Gbee Naabu Shatta Wale is not in a charitable mood.

According to him, we should praise the rapper for managing to feature a ghost.

Many Sark fans have been calling the Bob Marley feature the biggest in Ghanaian history – even bigger than Shatta Wale featuring Beyonce – hence Shatta Wale is also probably finding a way to hit back.